It's hard to imagine a trip to Nepal without doing trekking in the Himalayas. As February is still cold in the mountains, we decided to do most of the trekking later in March. However, it's hard to resist a temptation to get closer to the beautiful snowy peaks, so when our friends suggested doing short treck to Mardi Himal high camp, we said, "Hell Yeah!"

Previously, I've heard from many people that Mardi Himal Trek is a pristine trek that offers stunning close-up views of Himalayas and we were excited to get a taste of it. The whole treck usually takes 6 to 7 days, but our mini adventure took just two days.

We started our journey around 6 am from Pokhara. Our friends rented a jeep to the base of the trek in Siding Village from Karma Flights for Rs 8,000. Karma Flights is a Nepal-based not-for-profit organization which was founded by a group of adventure athletes and local school teacher to provide a safe, educational environment for kids. Since then, the organization has expanded its activities to disaster relief, waste management, solar and road infrastructure support, and many more.

It took us about two hours to get to the Siding Village (1,885 m). The road was super bumpy, but this was compensated by sunrise views of the valley and mountains. The jeep took us to the hotel at the base of the hike, where we had much-needed breakfast. The owners of the hotel are very friendly people. They also helped us to organize a ride back to Pokhara the next day.

The first bit of the trek to the Lower camp (3,210 m) is very steep and can take anywhere between 2 to 4 hours, depending on your hiking speed. I took my time and hiked very slow, taking one step at the time. The trail took us through the lush green forest filled with smells of blossoming spring flowers. We met a couple of porters, a group of the trekkers, and one irritated but beautiful yak on the way.

At the Lower camp, we took a break at one of the tea houses where we, of course, had a tea by a cozy wood burner. Notably, prices for food and drinks on the track are double or even triple comparing to Pokhara's, so take plenty of cash with you.

The next bit of the treck to the Middle Camp or Badal Danda (3,210 m) was, surprisingly, for us, covered in snow. We were a bit unprepared and didn't have hiking spikes for the shoes, which would've been very useful — saying that we still managed ok without them. The trail wasn't as steep as the previous bit, and it was lovely to hike thought fairytale-like snowy forest. It took us about one and a half hours to get to the Middle Camp. At the quick rest stop at the tea house, John even managed to squeeze in a little jam session with the locals, which included the flute, guitar, and drum.

The trail to the High Camp (3,580 m) was more relaxed than other parts of the route dominated by the alpine landscape and most stunning views on the Annapurna Mountain Range and Machapuchare. The trail had a lot of snow, similar to the previous bit from the Lower Camp to the Middle Camp, but it was not hard to walk. We reached the High Camp before sunset, and shortly after, we enjoyed ourselves watching the sun go down over the majestic moutan peaks.

We spent the night in the living room of one of the tea houses. As a general rule, you don't have to pay for the night as the primary income for the owners comes from food sales. This especially true during the off-peak season. The wood burner and blankets kept us warm during the night.

The next morning we woke up early to watch the sunrise. It was incredibly peaceful and truly mesmerizing.

After sunrise, we hiked down, and it didn't take us nearly as long as hiking up. Walk down was enjoyable. We spent about 3,5 hours to get to the Siding Village, which included one tea stop at the Lower Camp. 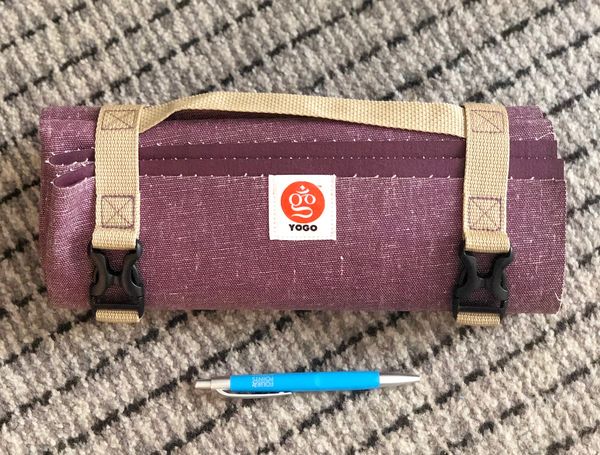 While I am spending my quarantine in one of Brisbane's hotels, I decided to write a feedback about YOGO Foldable Yoga Mat for all the people out there looking for 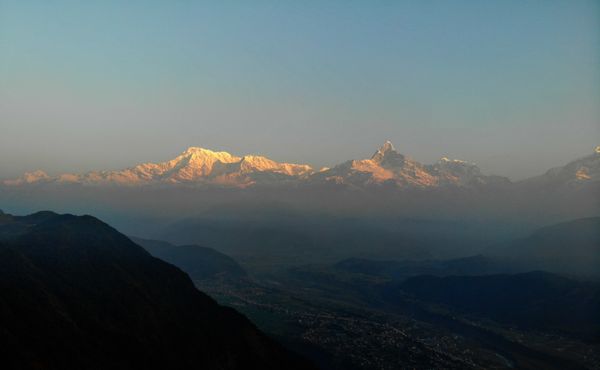 If you are looking for things to do in Pokhara, watching the sunrise over the Annapurna Mountain Range from  Sarangkot View Tower definitely should be on your travel to-do list.